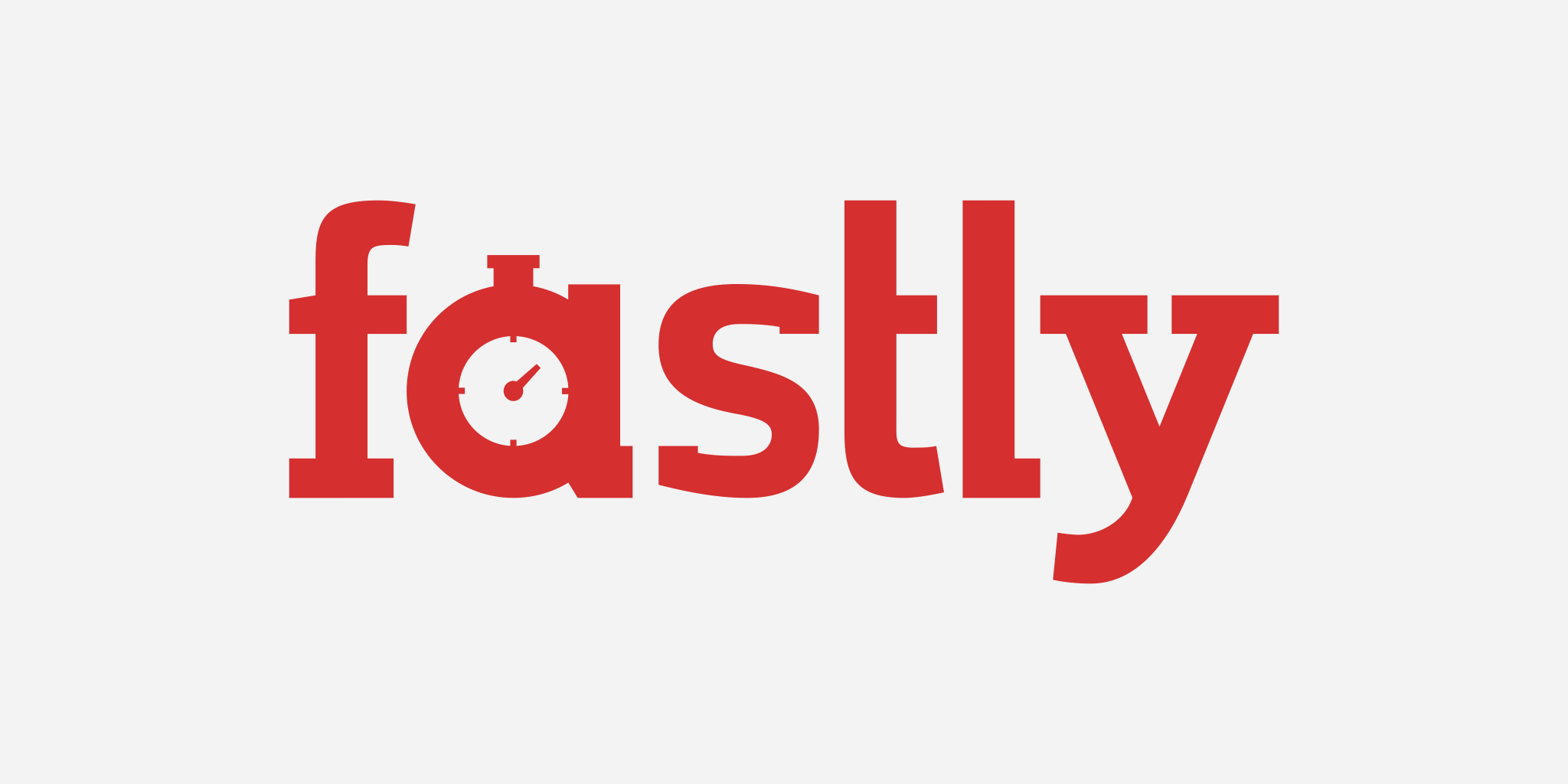 Fastly is another big player in the CDN market. The company was founded back in 2011 and similar to Cloudflare, they raised capital from various investors in the amount of 175+ million dollars. Fastly tends to target the larger, enterprise-grade customers as they provide an array of high-powered PoPs that are able to handle large amounts of traffic. A few of their most notable customers include:

They also powered a variety of other well-known brands through their CDN service. Although Fastly is used by many well-known companies, it may not be the best solution for all use-cases. That’s why in this Fastly CDN review we’ll identify and discuss a few key aspects regarding their service such as their network, features, and pricing. Based on the following information you should be able to make a sound decision whether or not Fastly CDN is a good fit for you.

Fastly’s network of PoPs currently has a strong presence in both the US, Australia & New Zealand, and Asia. In total, they have 29 points of presence with two of those being in London. Below is a view of both their edge server presence on a world map as well as a full list of where each server is located. 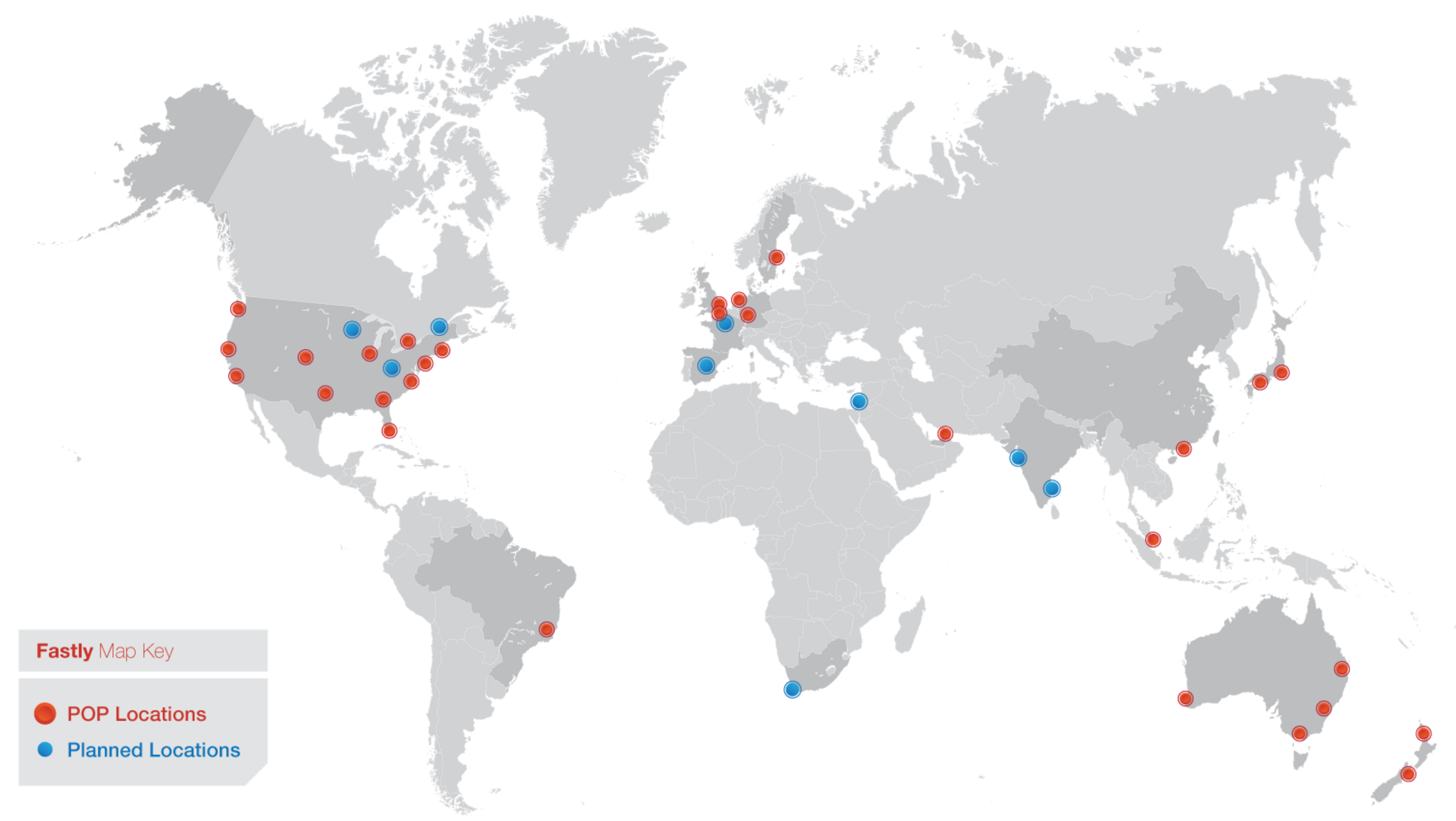 Fastly CDN comes with various features you can use to further accelerate your content delivery, provide increased security, etc. If you are a Varnish user, Fastly also allows customers to upload their custom Varnish configuration directly to the platform. Apart from that, the following list provides a general overview of the features that Fastly currently provides and a few that they don’t.

Fastly pricing is partially based on a Pay as You Go basis. However, customers are billed a minimum $50 per month regardless of whether or not their bandwidth usage costs that much. Therefore, every month you must make a payment of at least $50 and if your bandwidth usage ends up costing more than $50 then you will be charged based on your usage.

Fastly pricing is broken down into 2 different categories:

The following tables outline the pricing costs for both categories.

The first pricing category accounts for the amount of bandwidth used. The pricing is variable depending upon which location your visitors are requesting assets from as well as the volume you use (prices decreased between $0.04 to $0.05 once you’ve reached over 10TB).

Fastly also charges based on the amount of HTTP requests used. This pricing scheme is similar to Cloudfront as outlined in our Cloudfront review. However, unlike Cloudfront, Fastly charges the same amount whether the requests are HTTP or HTTPS. The pricing is based on a per 10,000 request basis and does vary depending upon the location.

Fastly CDN is a well-funded company with a good amount of available features and fairly distributed network of PoPs. Their pricing however, requires users to pay a minimum of $50 per month. Given this cost, there are many small to medium sized companies that may simply not be able to justify the spend as their bandwidth usage is not large enough.

In the event that your web property does produce a lot of traffic, you will simply be charged for the amount of bandwidth used and HTTP requests made. Hopefully, this Fastly CDN review has given you more insight into the company’s pricing structure, network availability, and feature set. With this information, you should be able to confidently determine whether Fastly CDN is the right CDN choice for you.